t-dj was born in the city of Bergen, Norway and started his career as a dj at the age of 15. All trough the years he played in different discos, nightclubs, clubs and other festivities for almost 17 years.

Music has been his life, he has a genuin interest for sound and he plays several different music instruments.

Dance, electro and trance is his favorits. But the interest is much wider. R&B, soul, disco, 90 dance music, and of course eurovision song contest rythm is also among the favorits.

He is a person with a widely specter of interest and he loves the creativ way of living. Among his education is a seven year long study in design, markeding, communication, economy, foto and film. Drawing, computer design and internet takes a lot of his time when he dos'nt work.

He grew up with his mum, dad and sister in the suburb of Bergen and had a happy and safe childhood. He and his friends always did tuns of sports, in the summer moustly at the sea and in the winter skiing in the mountains. When he was 16 he started working in the differents companies his family owns for training, Independent and fun. In the years he has also been a model in comercial showing i newspapers, magazins and other medias as the internet for among large companies

when it all comes to an end t-dj is a normal shy person and he love to live his life simple and easy.

We all are getting older.... so my advise to you, START LIVING!

THE FUN OF MUSIC IN LIFE!

Love comes with the music..... xoxo

Starts with a very good Dj .

He make the audiens happy, feel the rythem and let them enjoying the evening in youre place. Making the music and the playlists customicing to youre party.

I hope you do too?

Remember NOW IS IT BACK TO BASIC! 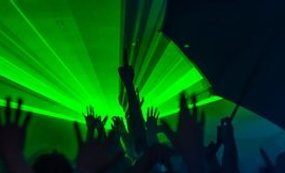 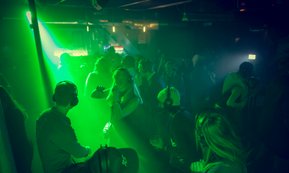 The bigest Discotek in Bergen city

Lets all do more

Let do something for the earth